a walk through time

It all started with a passionate doctor…Trevor Banks.

After completing his residency at Geelong Hospital, Trevor spent the first 20 years of his career as a general practitioner in Belmont. Throughout this time, Trevor worked with patients in various stages of life but learnt there was a gap in care for those at the end stages of life.

In the late 1970s, Trevor wanted to become more informed about ‘hospice care’, a term not common in Australia at the time, which saw him travel to various international destinations to learn more about the discipline. Witnessing the impact of this type of healthcare, Trevor was inspired to bring it to the Greater Geelong Region.

Trevor worked with a core group of professionals and community members, including Taffy Jones, Paul Mestitz and Marcus Benjamin to initiate and implement plans for hospice care association.

After a great deal of discussion and hard work, the Geelong Hospice Care Association was formed and commenced operation on the 1st of March 1982.

The association was only the 2nd hospice service in Victoria at the time, after Melbourne City Mission who had formed less than a year earlier.

The service commenced with three paid workers, a part-time nursing coordinator and two part-time nurses. The rest of the team was made up of hard-working volunteers, including Trevor and Taffy, who were appointed Medical Direction and Chairman respectively.

Initially, the service only supported palliative patients in their homes. However, after two years two inpatient beds were made available in Geelong Hospital’s Professional Nursing Unit. The beds were not always available for palliative care patients, sharing their purpose with the Drug Detox Unit run by Paul Mestitz. However, these beds historically represent the first Palliative Care Unit in Geelong.

In 1989, Trevor had retired from general practice to take on the role of Palliative Care Medical Officer with the newly formed Regional Palliative Care Program. He continued to have an ongoing role with the Geelong Hospice Care Association.

In 1998, Barwon Health was formed and by the time Trevor retired in 2001 they were responsible for the delivery of clinical palliative care in the Greater Geelong Region. Around this time, the association stopped its delivery of direct patient care and became Hospice Foundation Geelong.

Since then, the foundation has focused on its current mission of supporting organisations to deliver palliative care through education, respite funding, home support and various grants.

Trevor Banks has been a pioneer in the palliative care field and in 2003 he was awarded the Order of Australia Medal for services to medicine and the community, especially in palliative care. Trevor has received many accolades and success in his field, but one of his greatest qualities has always been his ability to recognise the person before the disease and the need for a multidisciplinary and holistic approach to healthcare. 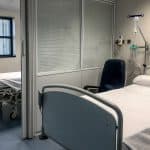 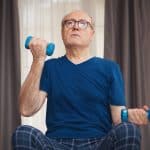 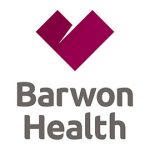 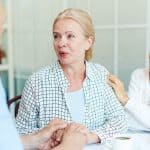 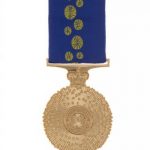 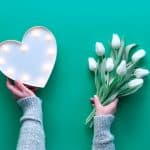 Throughout our lives, most of us will have experience with the palliative health care system. It can undoubtedly be an emotional and uncertain time in our lives.

Hospice Foundation Geelong aims to ease this burden and to provide individuals and their loved ones with support during this time. Trevor and the early founders’ dedication, passion and expertise allowed the foundation to exist and has continued to inspire the current volunteer board and team to continue to provide this essential service to the Greater Geelong community.

Your donation will help us support palliative care providers, their patients as well as their families and carers. Regular donations help us be most effective. Your donation is fully tax deductible and you can make changes at any time.

Patients can receive the very best care in our region thanks to our wonderful community of generous supporters. Get involved. Your support means a lot!